If you are interested in stories with a happy ending… it would be better you don’t watch GHOSTS IN LOVE.

What was to be a pleasant visit to Chillingham Castle for young Christie does not turn out to be so; since she will go through a strange paranormal event in which a series of ghosts appear.

She will meet Klaus Pivet, a boy whose highest aspiration is to become an accredited journalist and he is always helped by his faithful pet: a dog called Sprocket, who Klaus himself credits with an unerring nose for ghost hunting.

On February 17th, the students from sixth grade and secondary school went to the language school in Alicante. There was a play about Christie, Klaus and the Chillingham castle (Ruslana Ivaniuk, 6thA).

The story was about a castle where ghosts lived and a boy and a girl had to investigate the mistery of the ghosts. My favourite part was the beginning, when the actors started dancing (Eva Sáenz Mora, 6thB).

People said there were ghosts (Blue boy, Sad boy and the woman in black). The actors asked for the audience to participate. In my opinion, it is a very good way of learning English and I would like to return because I laughed a lot. It was great! (Naomi Moreno, 6th B).

They did a choreography for each song. I also liked when they danced the Meghan Trainor’s song, because it is one of my favourites. Christie did lots of selfies and Klaus was between people looking for volunteers (Milagros Recabarre, 6thA).

In my opinion it was funny, but I missed some things we had seen at the school (Sonia Alberola, 1st ESO).

I enjoyed the play a lot because it seemed that Klaus was crazy. He started to scream and even scared my teacher. The best was when he started jumping over the seats (Ayman El Makri, 1st ESO).

The plot is about two kids who visit a castle where supposedly there are ghosts. The girl does not believe in ghosts but he does and while they are arguing, they hear strange noises (Verónica C. Lehmann, 1st ESO).

They discover that the ghost is called The Sad Boy and they try to take a photo of the ghost, but they can’t do it (Noa Navarro, 1st ESO).

They are from different places: he is from Chillingham and she is from London. In this play there was a lack of information and also a lack of the story. I like it very much and I hope to see it again (Elena Ramírez, 1st ESO).

What I liked the most about the play was that the actors were dancing all the time (María Pérez, 1st ESO).

The actors chose four students from the audience to do funny things. Finally they let us to ask some questions about their work (Javier Aracil, 1st ESO).

The play was fun and the actors did great. My favourite part of the show was when the boy started to dance. I loved it (Mª José Guamán, 2nd ESO). 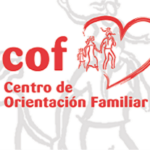 This website uses cookies to improve your experience while you navigate through the website. Out of these, the cookies that are categorized as necessary are stored on your browser as they are essential for the working of basic functionalities of the website. We also use third-party cookies that help us analyze and understand how you use this website. These cookies will be stored in your browser only with your consent. You also have the option to opt-out of these cookies. But opting out of some of these cookies may affect your browsing experience.
Necessary Siempre activado
Non-necessary
Any cookies that may not be particularly necessary for the website to function and is used specifically to collect user personal data via analytics, ads, other embedded contents are termed as non-necessary cookies. It is mandatory to procure user consent prior to running these cookies on your website.
GUARDAR Y ACEPTAR